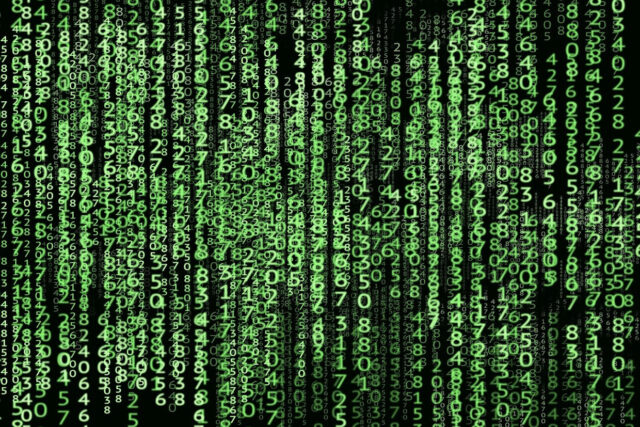 The technical challenges and opportunities involved in creating central bank digital currencies (CBDCs) came under the spotlight at a panel discussion held as interest in the topic intensifies globally.

The People’s Bank of China (PBoC) looks likely to become the first major central bank to launch a virtual currency, having run a series of trials of its digital yuan, while the Bahamas’ launched its Sand Dollar in October 2020. The Bank of England (BoE) and HM Treasury have just set up a joint taskforce to explore a potential digital pound (the BoE has also set up a ‘CBDC Technology Forum’) while the European Central Bank (ECB) is due to decide shortly whether to step up its technology explorations towards a potential digital euro.

A four-strong panel at the event – organised by Global Government Fintech in partnership with Amazon Web Services Institute (AWSI) on 22 April – addressed topics including the main technological considerations for those exploring CBDCs; whether the available technologies – blockchain and centralised databases – are capable of rising to the delivery challenge; how ambitions for enhanced features such as offline use impact on the technology questions; and whether CBDCs’ design can help deliver real benefits for citizens and national economies.

Professor Sayuri Shirai, a former Bank of Japan policy board member who is now Professor of Economics at Tokyo’s Keio University, kicked off the discussion. She outlined the numerous factors driving central banks’ interest in CBDCs – for example, the threat of private so-called stablecoins, declining cash use and CBDCs’ potential to boost financial inclusion – and summarised CBDC projects in countries including China, Cambodia and Japan.

John Velissarios, Accenture’s global blockchain lead, said that CBDC projects need to ensure they start by identifying clearly the problems they are looking to solve – for example “frictions” in cross-border payments – rather than looking first at technical solutions. More broadly, he observed that interest is “intensifying” and has “pivoted” from wholesale CBDCs (which are for financial institutions) to retail CBDCs (for the public).

David MacKeith, principal business development manager in EMEA at AWS, which recently published a two-part white paper on architectural and tech considerations, said that CBDCs have the potential to be “catalysts for innovation” by creating an “open market space” with features that opens up new ways to use money such as programmability. Blockchain solutions could, he said, deliver programmability through ‘smart contracts’ running on the CBDC system itself “although implementing that in practice requires further work and could add more complexity”. An alternative way to deliver programmability would, he said, be as an ‘overlay service’ from payment service providers (rather than in the core CBDC system).

The overall challenge is, MacKeith said, successfully delivering technical performance at scale, including resilience, security and scalability. There is ultimately a “great deal of flexibility” in what countries can achieve with a CBDC, regardless of their central bank’s technology choices, he said.

Prof Alistair Milne, Professor of Financial Economics at Loughborough University, opened with a similar point to Velissarios, urging those exploring CBDCs to first focus on potential applications, before focusing on technology. But Milne, who is part of an ongoing project for the SWIFT Institute on CBDC and international payments, said identity verification, which taps into broader questions relating to know-your-customer (KYC)/anti-money laundering (AML) issues, was among the tech-related challenges. Blockchain-based solutions, he said, bring a risk of generating “distractions”, whereas centralised ledgers can “deliver everything”, for example user experience and security, “pretty much just as well”.

The ‘foundational principles and core features’ for CBDCs were set out in a document published by the Bank for International Settlements (BIS) and leading central banks in October 2020.

“A CBDC would be critical national infrastructure so security and resilience are absolutely fundamental,” MacKeith said. “One issue with distributed ledger solutions is that you have a network of nodes and you have a challenge to maintain the configuration of software and hardware across those nodes, and potentially you are increasing the attack surface and creating more vulnerabilities,” he added, in respect of the technology choices available.

Velissarios, however, offered a contrasting perspective, saying that “the more nodes you have the more resilience you allow.”

He re-stated one of his opening points, which is that central banks must be clear on to their ultimate objectives before embarking on CBDC experimentation. “Are you [central bank] creating a payments system? A different form of money? It’s not obvious sometimes.”

Although most major nations are exploring the possibilities of CBDC, few have yet to commit to them. But panellists were asked whether they considered current tech solutions already ready.

“We haven’t seen any barrier to being able to deploy such a solution,” said Velissarios. “As we grow into larger markets and more transactions and throughputs there are ways to scale this in a clever way.”

Privacy of transactions is an emerging area of CBDC researchers’ focus. The ECB recently published results of a consultation that found privacy to be the most requested feature of the potential digital euro.

“Potentially the technology choices you make may limit what you can do. But there is still a lot of flexibility in what you can achieve,” said MacKeith. Privacy with CBDCs is not a binary choice between privacy and full disclosure.

Privacy expectations and requirements also vary significantly between countries and within jurisdictions. “In the Nordics it’s less of a challenge to have detailed privacy embedded in the solution, whereas in the Eurosystem it’s much more of a requirement,” said Velissarios.

Shirai said that compromises may be needed as privacy would be “difficult to guarantee” with a CBDC. She emphasised that central banks cannot make mistakes. “Universal access is most important [in respect of CBDCs], so they have to also pay attention to offline [use], as well as online,” she said.

Prof Milne said that offline functionality had existed “for a couple of decades” for state services such as transport smartcards but the challenge for CDBCs is “whether solutions are scalable”, rather than a question of blockchain versus centralised databases.

“It’s possible that the system that supports offline payments [in a CBDC] – which could be through a secure operating environment in mobile-phones, for example – could be transacting and recording the identities of the parties, and when CBDC is ‘checked back in’ to the online system again, a limited part of that information could be shared with the central bank or other parties,” said MacKeith.

Looking to the future

The webinar concluded with Global Government Fintech’s editor, Ian Hall, asking panellists for one prediction for CBDCs during the next 12 months; one country or region ‘to watch’ on this topic (and why); and whether they believe that most economies will introduce a CBDC (whether it’s a foregone conclusion).

Prof Shirai said China would continue to be interesting to observe, including on the technology side where she described the approach as “blockchain light”. More broadly, she predicted divergence between advanced and emerging economies in terms of progress speed, with central banks in advanced countries needing to be cautious, whereas financial inclusion imperatives could hasten CBDC development in the latter.

Velissarios predicted that the next year could see wholesale CBDCs potentially “in production” as they were “more straightforward” to implement than retail CBDCs. He identified the “incredibly diverse” Middle East as a region to watch, and said it wasn’t a question of ‘if’ but a question of ‘when’ CBDCs would be introduced around the world.

MacKeith predicted an “explosion of interest” in CBDCs from financial services institutions and commercial banks, driven both by the opportunities CDBCs would create for them to provide related services but also because CBDC is “potentially disruptive”. He singled out the eurozone as the region to watch given its influence and the relatively imminent announcement on whether to step up explorations into a digital euro.

Milne, who picked southern Africa as his region to watch, agreed with Velissarios that wholesale CBDC was likely to progress more quickly than retail CBDC in the developed world. But he predicted that the opposite would be the case in low- and middle-income countries.

“There will be much greater access to central bank money,” Milne said, looking to the future. “Technologically, how it’s done – that’s a very open question.”