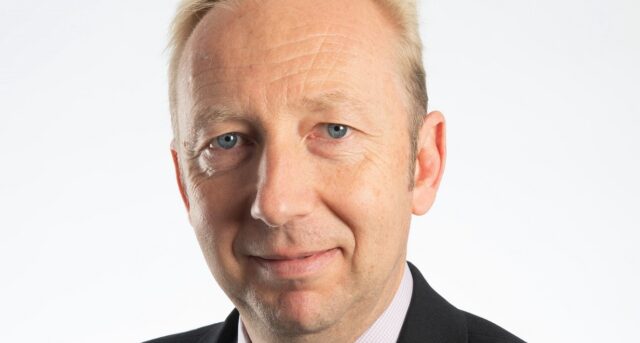 What shape will your finances be in when you retire? Chris Curry tells Global Government Fintech editor Ian Hall about the Pensions Dashboards Programme – an initiative aiming to help citizens answer this question but that sees the UK playing catch-up

Pensions dashboards – digital interfaces that enable citizens to access all their personal pensions data in one place – are slated to go live in the UK in two years’ time.

As principal of the Pensions Dashboards Programme (PDP) – a team within the Money & Pensions Service (MaPS), an arms-length body sponsored by the Department for Work and Pensions (DWP) – Chris Curry is in the driver’s seat for the journey.

Curry is speaking to Global Government Fintech with the Pension Schemes Bill, which paves the way for dashboards, on the cusp of royal assent: the bill will become the Pension Schemes Act 2021, setting in stone a legal obligation on pension providers to supply the data that will flow into the dashboards.

The PDP’s timeline states ‘from 2023’ the target for dashboards to become reality, albeit this carries a caveat that the schedule ‘is indicative [and] will be further refined during the next six months’.

Royal assent ratchets up the pressure to deliver. When the plans were announced, back in the 2016 Budget, the aim was to launch in 2019. The consumer lobby group Which? has recently urged “no more delays”. Given that other countries, for example Australia, already have dashboards, the UK is playing catch-up in more than one sense.

Pensions ‘not top priority for people’

The rationale for dashboards is clear. Unclaimed pension pots’ value tots up to about £19bn, according to estimates. Dashboards – which would integrate state pension details – should help citizens to reconnect with ‘lost’ pensions, as well as better understand their finances and plan for retirement.

It is expected that there will be multiple dashboards: a non-commercial version created by MaPS, plus dashboards run by pension providers, banks and fintech companies.

“Even with the best will in the world, pensions are not top priority for many people. We think the best chance of people using dashboards is if they come across one when they are doing something they do more regularly, such as online banking,” explains Curry, who has pretty much spent his whole career working in pensions and also runs the Pensions Policy Institute, a 13-strong educational charity, alongside his PDP role.

Dashboards ‘only as good as the data’

There are hurdles aplenty on the road ahead. These range from overcoming challenges posed by the relatively large number (and diversity) of UK pension schemes to resolving how users will identify themselves.

“Overall, our biggest challenge is data quality,” says Curry. “The dashboards will only be as good as the data they can show.”

In the run-up to Christmas the PDP published its first set of data standards.

“We are very confident that we can construct the architecture, get the ecosystem and the governance frameworks right,” he says (procurements are coming up – see later in this article). “But the one thing we don’t know for certain is the quality of data in the pensions industry. Some places are really good and some places need work. It’s about making sure we give enough notice, and enough of an incentive, for all the pensions industry to get their data of good enough quality that it’s going to be helpful for individuals to see it.”

Quite aside from the challenge that many people have forgotten what pensions they have (one of the main problems that dashboards aim to help resolve), many older people’s pensions paperwork is literally that, pre-dating the internet.

“The UK pension system is incredibly diverse and very old – it’s that age that causes some of the problem,” says Curry.

Developments including the introduction almost a decade ago of ‘automatic enrolment’ – by which all employers with at least one member of staff have to enrol those who are eligible into a workplace pension scheme (and contribute towards it) – should have brought greater clarity to things, as well as the acceleration more generally towards digital record-keeping.

The PDP is also wrestling with identity verification. Curry told Global Government Fintech last month that the ongoing absence of a national digital ID scheme is a significant handicap.

“From the research we have done, there doesn’t seem to be a single digital ID that meets all [needed] criteria,” he says. “National Insurance [NI] numbers are the closest thing, but they’re not perfect. In some instances individuals have more than one NI number and, in some cases, the same NI number is given to more than one individual – that shouldn’t be possible but they pre-date the digital age and it sometimes does. There are also examples of where an employer is using the same NI number for multiple people.”

Other countries with dashboards have typically not faced this problem. “Most, if not all, other countries that have dashboards also have national identifiers that make it much easier to link people to their records. So, it’s quite a unique UK challenge,” he says.

One positive aspect of being late to the party, however, is that you can learn from those already there.

“The first lesson is to be clear what you’re providing a dashboard for,” Curry says, citing Australia as a case study. “They are almost aiming to drive consolidation [of pension providers] with dashboards showing an option to move all your money into one place.”

This is not part of the PDP’s playbook. The UK’s approach is more akin to Nordic countries where, Curry says, the main aim is to help people better understand their finances.

“At the moment, our focus is on getting the right people to the right information,” he says. “I know there’s a lot that will go on ‘around’ dashboards that may lead to people being able to consolidate pensions and so on, but that’s not the initial goal – it’s really to get information to people, and empower them.”

Other countries’ experiences also suggest that dashboards are always, to an extent, a work in progress, he adds. “Whenever you think you’ve done everything you can do, something happens and there’s another iteration that comes along,” he says.

Among the PDP’s priorities for the coming months are launching procurements (through the Crown Commercial Service) for a delivery partner to build the dashboards ecosystem and, separately, sourcing a framework for ID verification.

In summary, work to construct the dashboards’ technical architecture will be picking up the pace. “The core technology aspect [will] allow people to put in their ID and then [the system] goes off and interrogates all the providers and brings back to the dashboard where the person’s pensions are,” Curry explains.

A further workstream involves ‘on-boarding’ pension providers: a task perhaps akin to herding a large flock of very different sheep (into a pen that is still under construction).

“Not all pension schemes can come on board at the same time, for two reasons,” explains Curry. “They are all at different stages of readiness and we don’t want to wait for the slowest. But equally there’s a capacity issue – there are potentially 43,000 pension schemes out there that are going to need to supply us with data. We don’t have the capacity or capability to bring in hundreds or potentially thousands of connections in one go.”

Ultimately, the DWP will be the sheepdog. “We will be feeding in heavily to help them [DWP] work out when data needs to be supplied by the providers and what information that is,” says Curry.

Mandatory on-boarding is due to start in 2023. “But we know that there are some [providers] that are quite keen now,” he says. So, a voluntary on-boarding programme will help with systems testing and prototype dashboards.

The golden number that people are most likely to want to find out from a dashboard is, naturally, their estimated retirement income.

“Research has shown that this is the main thing the people look for on a dashboard,” Curry says, adding that costs and charges are also important. “People want to know either how much their pension is already worth or how much their pension will give them. That’s what we need to get a relatively simple answer to, in order to make dashboards work for individuals.”

It’s not an easy one because there is a lack of uniformity in how providers supply this information. What has previously been described by Curry as ‘robust collaboration’ with industry will continue. “During the next 12 months we want to work very closely with the DWP to make some really significant progress on getting industry engagement, and ideally consensus, on how we are going to show those on dashboards to enable all the providers to get their systems ready so, by the time we ask them for that information, they will be able to do that.”

The PDP’s data standards requirements will evolve. “We have a lot of work to do around the standards that will be required. One thing that is clear is that every dashboard will need to show the same information – you should get the same answer whichever one you go to,” he says.

Build it and they will come?

Curry oversees about 40 staff at the PDP, with more than half having joined since the onset of the coronavirus pandemic. Like most UK office workers, the team are currently working from home (“our house feels very small at the moment”, he jokes in reference to the fact that he and his wife are ensconced in Surrey with their three sons, aged 20, 18 and 15).

“I think there’s still scope for a bit more growth in the PDP team,” he says. “But, more importantly, the team’s make-up will change as we move through different phases,” he says. “We are heavily investing in our technology team at the moment, and building up the on-boarding team.”

But there will be more to 2021 than laying the technical foundations and resolving the other challenges. One important – arguably, ultimately, the most important – question the PDP needs to be on top of, is the extent to which citizens will want to visit the dashboards (and what they will expect to find when they do).

Clearly, there is no point in the PDP if a sufficient number of people don’t log on. For this reason, the PDP has recruited a market research firm, Ipsos Mori, to help ensure it has the latest understanding of citizens’ likely expectations.

“We don’t want to build something and then find that no-one is interested”, he says.