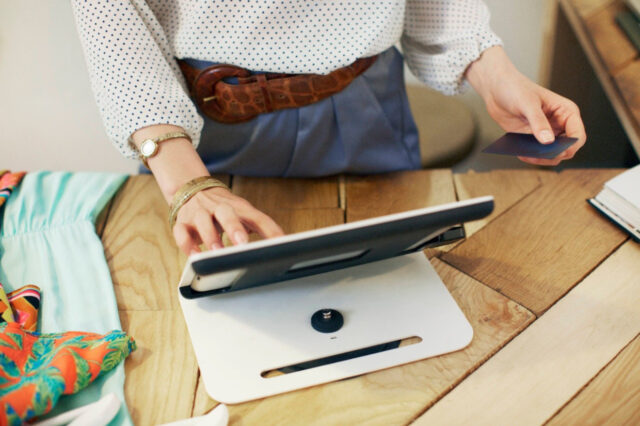 Covid-19 has led to an acceleration towards technology-driven public service delivery, with digitally-driven fiscal stimulus and social security schemes creating data-sets that are likely to have a crucial role in helping inform post-pandemic recovery, according to Jersey’s Chief Minister.

Speaking at the ‘Rebuild, reset, recover: what role for digital technology?’ webinar on 19 January, John Le Fondré set out how technology had helped the Channel Island’s response to the virus – and was certain to have an elevated role beyond the crisis.

The Jersey representatives described initiatives such as the island’s technology-driven ‘Spend Local’ economic stimulus scheme, while Bunch explained how the pandemic has impacted a major ongoing project to digitise the Scottish government’s payments infrastructure.

The Chief Minister said that Jersey had “agile” governance, and – befitting of its marketing as ‘Sandbox Island’ – turned quickly to technology as the pandemic’s magnitude became clear. Jersey’s Parliament was, he said, the first in the Commonwealth to sit entirely ‘virtually’, while the island’s broadband speed was boosted to one gigabit per second for all at no extra charge.

Spend Local launched in September 2020, with payment cards pre-loaded with £100 (about $136) sent to every adult and child on the island – about 105,000 people – to spend within six weeks. The cards, which could not be used for gambling, helped businesses with cashflow and are estimated to have had a £10 million multiplier effect on Jersey’s economy.

The scheme, which was supported by Mastercard and Prepaid Financial Services (PFS), “proved very, very popular and caught the public imagination”, said Le Fondre, adding that the fact children of every age received £100 added to the “excitement factor”.

About 40% of spending went into retail, and about 15%-16% went into hotels, restaurants and bars. “One of the [further] benefits of giving the cards to children is that – although Jersey is a pretty small place – we have seen a pretty wide [spending] spread all across the island, as well as the main town and shopping centre,” said Burns.

Other stimulus measures introduced by Jersey during the pandemic have included a cut in Social Security contributions. “Even though, financially, that’s far better for everybody [than Spend Local] it has not garnered any amount of attention or excitement,” reflected Le Fondre.

In respect of the Spend Local cards, alternative schemes based on vouchers or QR codes were considered, but seen as having potentially greater risks. “It shouldn’t be underestimated how important it was having a physical card,” said Burns. “We had the option to have virtual cards, and we did consider it, but you still see the cards today in people’s wallets. It was an important message was to ‘keep the card’,” he added – a nod to a potential second phase of the scheme.

Burns said the risk of fraud was seen as “fairly limited” because publicity meant that most citizens were alert for their cards to arrive, and the stipulation that the £100 had to be spent on the island.

Covid-19 has inevitably disrupted the Scottish Government’s digital payments journey, Bunch said, but had also presented learnings as to why its direction of travel – towards standardising and centralising the government’s payments infrastructure – was the right one.

His team has been working with the Scottish Government’s Digital Commercial Service to explore “more dynamic” ways to interact with the market and is aiming to make the first payment to citizens via the new digital payments plumbing by the end of this year. “We have entered our Beta phase after two years of discovering the landscape and prototyping the technologies that we considered risky,” he explained.

Despite the pandemic’s challenges, he said that learnings gained during Covid illustrated why digital solutions were needed. As an example, he said that fraud could be better understood and tackled were the platform already in service.

But sometimes the public sector can struggle to keep up with the pace of technological change. “We know the digital world is [moving] very fast – we see this at home, we change our devices all the time and our ways of working – but we are always very reticent as public servants to take the risk to go into a direction that hasn’t been taken by someone else before,” he said.

In answer to a question about the broader potential of the payments innovation, Bunch said that he could envisage disbursement schemes such as the Scottish Government’s ‘Best Start’ programme, which enables pregnant and new mothers to receive support for healthy food, being “wired in” to the new digital infrastructure.

“That’s where the platform comes in, he said. “We’ll standardise every payment and make it agnostic in terms of how you’re paying a citizen. The idea is that [in the future], the citizen is going to move towards a different mechanism – I’m not entirely sure whether my children will have a bank account as we don’t know where that market is going. But you can standardise how the government is going to interact with the market.”

Initiatives such as Spend Local and the Scottish Government’s payments digitalisation journey, are both based on – but also help to generate – electronic data that governments can use to inform policymaking.

Emphasising that his government’s focus remains, at present, on Covid testing and vaccination programmes, Le Fondre was sure that both organisational change that his government had begun pre-Covid – “and which has ramped up hugely in terms of technology and how that’s being applied” – as well as data (at which, he said, “economists are almost salivating”) will “form a very rich basis” for plans around economic recovery “both short-term and long-term”.

“We have obtained some pretty rich data through the scheme and, if we wanted to operate the scheme differently, we can target it at specific sectors or even by location if we wanted to,” said Burns. “It’s really positive that we have that flexibility. It does show that we can target taxpayers’ funds in the right way to get the best value-for-money out of that spend. All those options are open to us – that’s the really important thing with this technology.”

Data analysis has also been important in informing the best focus for the Scottish government’s payments work, Bunch said. “We started by looking at the data, and we realised that 90 per cent of the payments that we were set to make or receive in the public sector at a five-year horizon were going to be BACS payments to UK bank accounts,” he explained. “That is what we’re focusing on.”

Despite the Covid disruption, Bunch’s ambition for 2021 was clear: “I’m hoping to digitise payments,” he said.

His broader advice to public sector project managers was to ‘start small and fail fast’. “There are projects around the world that have invested sums that are far beyond the investments that we are putting in to this [Scottish payments] project that have dropped them because they realise they were trying to tackle too much at the same time,” he said.

Despite the ongoing challenges of Covid, the webinar’s speakers also saw positives emerging for governments’ ways of working that will outlast the pandemic.

“We don’t have any choice about keeping pushing things forward,” said Le Fondre. “We are having full parliamentary sessions online. It shows that even the most reticent in terms of technology can make those changes. At the political level it’s very difficult for people to say ‘it can’t be done’ because a lot of it we have done in the past 10 to 11 months.”

Is this more intense policymaking environment actually generating better policy? Yes, according to Burns. “You come up with much better solutions that you might have done in a pre-Covid – more risk-averse, more siloed approach in some respects – in government,” he said.

Mastercard Economics Institute’s Outlook for 2023: What the data shows about our ‘multi-speed’ future