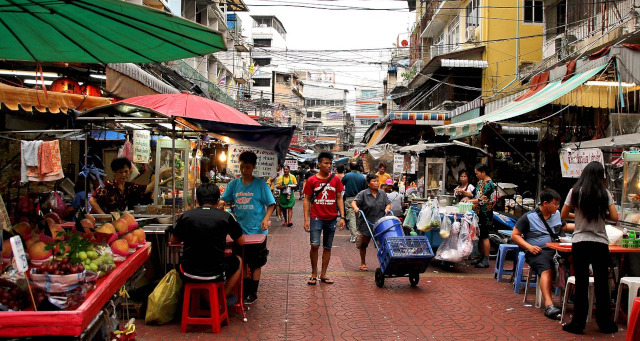 Digital advances are providing governments with unprecedented opportunities to improve rates of financial inclusion through fintech-driven programmes and solutions.

This was the view of senior state authority representatives from Colombia, India, Brazil and Azerbaijan during an international webinar exploring how fintech-driven innovation – which has accelerated worldwide during the global pandemic – is helping governments with the delivery of services and programmes.

The ‘What Role for Fintech in Driving Financial Inclusion In The Developing World?’ discussion, convened on 7 October 2021 by Global Government Fintech and which featured a private-sector perspective from Mastercard, heard how governments are increasingly putting their faith in fintech solutions but also how such innovations are throwing up new questions and challenges for policymakers.

Fintech solutions include the use of smart-phone technology for the distribution of government payments, and the digitisation of financial transactions more broadly. But obstacles can range from infrastructure challenges such as mobile reception in rural areas; to cultural challenges such as a lack of trust in certain institutions; and technical or regulatory questions in areas such as data privacy and ID verification.

Ana Maria Prieto, Deputy Director in Colombia’s Ministry of Finance’s Financial Regulation Unit, framed the discussion by describing the financial landscape as “facing the most disruptive transformation ever”. Farid Osmanov, Executive Director of the Central Bank of Azerbaijan, spoke of the “profound” effect of the pandemic on financial systems worldwide.

But out of disruption – and the global crisis – springs opportunity. With governments turning to digital means to deliver social solidarity payments, more than 40 million citizens are estimated to have become ‘financially included’ across Latin America during the pandemic, according to Darren Ware, Mastercard’s Vice–President for Government Engagement for Latin America and Caribbean.

Colombia, which has a population of about 50 million citizens, is keen to encourage digital money, Prieto explained in her opening remarks.

The South American nation has digitised government-to-person payments, working with banks and fintech companies to financial include almost 1.2 million ‘vulnerable’ individuals during 2020 (about 60 per cent of whom subsequently using a digital wallet to make online purchases).

More than 88 per cent of the adults now have a bank account and there is a target to increase e-payment use from 20 per cent to 50 per cent of adults by 2025. But financial education is important to improve people’s personal financial management, Prieto acknowledged.

“Together with new opportunities we also see significant challenges,” she said. “As we shift to a digital world, governments need to assure not only that savings are safe, but also that emerging risks are also being managed.”

“We have big challenges in meeting the fast-changing expectations of citizens,” she continued. “But we are on track to make sure that infrastructure and foundations for fintech rollout are in place so that we can have a more efficient and inclusive financial system for everyone.”

Progress accelerates in India but ‘long way to go’

Jayanthy Venkatramu, Managing Director and Chief Executive of India Post Payments Bank, described financial inclusion in his country – which has a population estimated at almost 1.4 billion – as accelerating, with almost 80 per cent of people now having bank accounts.

This momentum has been driven by factors such as the Unified Payments Interface, the instant payment system developed by National Payments Corporation of India (NPCI), which has put the country “ahead in the payments curve”; as well as the dynamism and innovation of Big Tech companies offering payments services.

With an increasing number of people now having bank accounts, Venkatramu said that products such as credit and insurance are then more easily supplied, helping with financial inclusion.

But there is still “long way to go” for financial inclusion in the country, he said. Rural areas are typically lagging behind, while other obstacles include reaching citizens who cannot afford smart-phones.

But, overall, Venkatramu said the fintech revolution was “very much required” to help financial inclusion.

In Azerbaijan cash accounts for about 70 per cent of payments. But contactless transactions, mobile and internet banking have all increased significantly during the pandemic as the state looks to encourage digital payments and build the regulatory environment, Osmanov said.

The Central Bank of Azerbaijan has undertaken various digital money-focused initiatives, including the launch of a regulatory sandbox for fintech companies (a sandbox was also mentioned by Prieto in Colombia), while the Central Asian country has also implemented a blockchain-based digital identity solution.

The government is expected to confirm a new law on digital payments by the end of this year while the central bank itself is running an initiative, alongside Mastercard, called ‘Cashless Azerbaijan’.

“Without a proper regulatory framework, you can’t establish the sustainable development of digital payment services,” said Osmanov, who was positive about digital payments’ potential to help financial inclusion.

In April the central bank announced the signing of a Digital Country Partnership with Mastercard. Initiatives aim to expand financial inclusion through digital solutions to help more SMEs establish an online presence.

Patricia Ellen, Secretary of Economic Development, Science and Technology for the State of Sao Paulo in Brazil, said her priorities reflect the fact that the state already has a relatively high ‘banked’ population rate (also, the city of Sao Paulo boasts a vibrant fintech scene).

The state government’s focus is therefore more in fields such as financial health and education, rather than access.

Financial inequalities have, Ellen said, sadly been exacerbated by the pandemic (with women and certain racial groups more negatively affected), while cyber-security is among other priorities.

Her department is also focused on facilitating microcredit opportunities (via low interest rates), as well entrepreneurship programmes, while a prepaid card has been launched in partnership with Mastercard and a fintech company, Acesso.

Emphasising her point about the importance of encouraging financial literacy and autonomy, Ellen said that citizens’ access to schemes such as the state-backed microcredit programme was contingent on them signing up for financial education initiatives.

Mastercard announced in April 2020 that it was expanding a worldwide commitment to financial inclusion, pledging to bring a total of one billion people and 50 million micro and small businesses into the digital economy by 2025.

Ware provided examples from South America of how the company was working with governments to help improve the financial inclusion of individuals, as well as the digital inclusion of small and medium-sized businesses.

Mastercard worked in Colombia on its ‘Ingreso Solidario’ programme to help families cope with Covid-19. A fintech company, MOVii, was “critical” to the delivery of government-to-person payments under the programme, Ware said, as was the existence of ‘companion card’ (alongside the mobile solution) because many citizens wanted to have both options (and needed to learn what the services were and how to use them on an ongoing basis).

Ware cited the popularity of a pre-paid card in Argentina through which citizens receive multiple state services, while in Chile a Mastercard-assisted digital rollout of pension payments showed that it was important to offer incentives to encourage take-up. “By giving pensioners, for example, a discount on their lighting bill, they adopted [the solution] more,” he said.

In respect of helping businesses, Ware referenced Mastercard’s ‘Digital Doors’ programme (known in Latin America as ‘Digital Allies’) as “a coalition for helping to bring small and medium-sized businesses online”; as well as female entrepreneur-focused programmes in Colombia and Peru, and the signing of a Memorandum of Understanding with the Mexican government to support entrepreneurs and women-led businesses.

The webinar’s global audience also had the opportunity to ask questions of the panellists, with citizens’ trust in digital financial services among the issues raised.

Prieto described trust – and related governance issues – related to citizens’ data as actually being the main challenge that, she believes, all relevant stakeholders are facing “not just in the digital economy but in the data-driven economy”. But, she continued that “definitely fintech solutions are very effective to help amplify access and usage of financial services” and that public authorities need to bring “efficiency to the back-end of the process” and also help with “the delivery of those financial services directly to citizens”.

Venkatramu described how citizens’ familiarity and comfort with using fintech solutions is typically age-related saying that for younger people “everything is digital” and so, in contrast to older generations, visiting a bank branch is often “something very new”.

In regulatory terms, he said India had work to do on data privacy laws. The country is far from alone here: the increasingly digital world means, in Ware’s words, that “governments have to be very careful” given the increasing volume of transaction and personal data being generated.

There are many other avenues of debate in the growing field of fintech-related regulation – varying by jurisdiction. “We need to overcome the difference between the regulatory approach towards traditional banks and fintechs,” said Ellen. “This needs to be equalised because today there is a huge difference.”

Ellen also mentioned the importance of regulating the increasingly popular online gaming sector (given that participants often make payments), adding that international exchange of ideas would beneficial as “we will all face this challenge in a different way.”

The webinar also touched on the possibilities for financial inclusion that could be enabled by central bank digital currencies (CBDCs). “We’re engaging with many governments on [CBDC] because of the opportunity to use that type of technology to advance delivery of government payments,” said Ware. “It’s happening and there’s plenty more to come for sure.”

The importance of blockchain was also raised, with Ware highlighting its benefits in improving cross-border remittances and agricultural trade. Prieto described the potential of both blockchain and crypto technologies to “simplify processes to reduce costs and improve efficiency”.

In terms of other breakthroughs, Prieto said that credit unions and microfinance institutions were starting to partner fintechs to reach ‘unreachable’ citizens in Colombia. “They’re being successful in combining technology with more traditional technologies or supportive methods to guide those unbanked customers and promote digital adoption,” she said.

Ensuring ‘no-one is left behind’

Digital progress, of course, also relies on internet connectivity and mobile-phone penetration rates – a challenge, at least in part, in all countries.

Colombia’s government is working alongside the private sector to reach a target of 70 per cent of households having internet access by 2022.

Brazil’s 5G spectrum auction is upcoming, which Ellen described as likely to make a “huge difference” on the path to ensuring that connectivity would be less of an issue, especially in the rural areas.

Although connectivity problems most commonly affect remote localities, Ware pointed out that Mastercard was also working on programmes to improve infrastructure in urban areas.

But even with the infrastructure in place, getting citizens on board with digital money often isn’t necessarily easy.

“People might be frightened to use and adopt digital services,” said Prieto. “But once they get to use them, and have the opportunity to begin to use them, we really see a very impressive digital uptake, and I believe that that’s a huge opportunity. We need to ensure no-one is left behind.”

‘What Role for Fintech in Driving Financial Inclusion In The Developing World?’, organised with the support of knowledge partner Mastercard, can be viewed here in full

A slice of the pie: unlocking government procurement for SMEs

Economic Outlook 2022: What the data says about the risks and responses needed to capture emerging opportunities