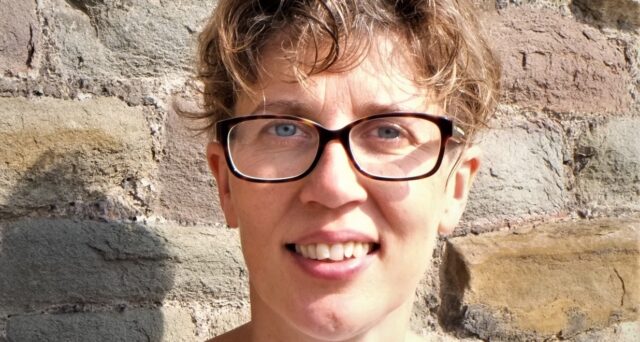 The world of money is changing fast and the Bristol Pound, which carries the tagline ‘more than money’, is changing, too.

Diana Finch is managing director of the project, which attracted national headlines when it launched in Bristol – the largest city in the UK’s south-west, with a population of almost 500,000 – in 2012.

But it’s been a tough few years: the digital currency ceased operations last summer and the vouchers will expire in September.

Game over? Absolutely not, says Finch. The Bristol Pound is transitioning to a new platform and intends to bounce back under a new name, Bristol Pay.

The project’s ambitions include: encouraging spending with local, independent businesses; increasing the economic resilience of Bristol, for example encouraging ‘green’ behaviour (an imperative given added urgency by the Covid-19 pandemic); and ultimately – as the project’s tagline suggests – broadening the often-technical digital payments narrative to question the very purpose of money in society.

Dash from cash among the challenges

“The hope was that I could put the currency back on the path to growth and stability,” says Finch, reflecting on the project she was recruited to oversee in 2018.

But it was a growing struggle to compete with the trend away from cash and towards contactless payments, as well as numerous other challenges.

Finch, who was a fellow of the Finance Innovation Lab – a London-based charitable organisation for innovators and advocates who want create a ‘better financial system’ – during 2019, is matter-of-fact about the struggles that the Bristol Pound found ultimately insurmountable.

“The finances didn’t work – it didn’t have that ‘mass market’ appeal. Sufficient numbers of people didn’t have time to spend worrying about artisan bakers. We didn’t have a discount scheme. We had a number of technical issues,” she says.

The pandemic’s seismic impact on retail, payment preferences and the economy more broadly was among the final nails in the coffin.

“With Covid-19, and so many independent shops and hospitality businesses hard hit, we stopped issuing the vouchers as people were finding it hard to spend them,” she says.

Finch’s focus now is looking ahead. Bristol Pay is being developed – via a partnership with London-based fintech Payji – as an electronic money institution (EMI) peer-to-peer solution.

She hopes the project will be able to start ‘in the field’ testing in late spring but there is much technical work to be done. Priorities include: developing solutions for point-of-sale purchases in shops and online; an app; application programming interfaces (APIs) for online shopping; and a payment card to enable people without smartphones to make payments.

An EMI licence will be required (this will be handled through Payji). “It’s a hugely costly and time-consuming process,” Finch says. “Bristol Pound looked seriously at trying to get a licence for a couple of years but, in the end, with a small staff team and few resources, it was beyond us”.

Separately, Bristol Pay will also carry a range of tokens – like ‘badges of honour’ – for people to earn.

“We’ve been working with post-graduate students and academics to develop our understanding of how tokens could be used for both people and businesses, from saving water and reducing landfill waste, to encouraging businesses to pay the ‘real’ living-wage,” says Finch.

Structural change is afoot, too. The Bristol Pound entity, which has ‘just over two’ full-time-equivalent staff (Finch herself works four days each week), is a community interest company. The plan is to create Bristol Pay as a community benefit society to try to ensure maximum community participation in the creation and control of the project.

As well as overcoming the technical and practical challenges in bringing the new incarnation to life, Finch is driven by a significantly broader progressive agenda.

“We are outcomes driven. I think many people involved with digital currencies are thinking about security, technology, speed and efficacy – about the operational dynamics of the currency, rather than its purpose. Similarly on payments,” she explains.

“This project is about looking at the wider socio-economic system and considering how that needs amending to address issues of social equality and environmental sustainability. To achieve that, we have to look at how money works, of course, but we don’t come at this just wanting to reform money for its own sake.”

Local government ‘don’t have the resources’

Purpose-driven passion – encouraging money to be spent and circulated locally – is hardwired into the project’s DNA.

About £60m ‘leaves’ Bristol each year through payment transaction charges, according to Payji’s calculations. Bristol Pay (whose main income source at present is through Payji) plans to generate income from its own transaction charges to fund local environmental and social projects.

Data gathered will be ‘depersonalised’ and used to increase understanding of local economic and behavioural trends. It could, for example, help monitor the progress of Bristol’s One City Plan, unveiled a couple of years ago and part of the mayor’s ambition is to make Bristol a ‘more equal, aspirational and resilient city’.

At one time, citizens could use the Bristol Pound to pay their council tax. Local government is not actively involved as the project re-launches, but the city’s mayor and deputy mayors, as well as several councillors and officers, are broadly supportive, Finch says.

“I think the main issue is that, especially with Covid, local government is busy fire-fighting,” she says. “They don’t have the resources to invest in systemic change projects that will initially deliver ‘only’ soft outcomes. We continue to talk to council officers in many departments. I think as soon as we have something working, they’ll be willing to endorse it.”

Bristol is far from the only place in the UK to have explored a local (or community) currency.

But Wired reported last year that ‘the hype is over and a large percentage are in the process of either calling it a day or have already quit’.

As an example, the Exeter Pound – for a smaller city in the south-west of England – closed in 2018 after three years. ‘The decision to suspend the scheme after the current notes expire was made after some difficult discussion and in particular a lack of progress nationally to develop the regulatory framework for digital complementary currencies,’ the Exeter Pound’s website notes, adding: ‘Like other community organisations, Exeter Pound has struggled and become another victim to funding cuts, with a disregard to the importance of smaller communities and traders in a world dominated by global corporations.’

Another scheme, the Totnes Pound – for a town (also in the south-west) with a population of just 8,000 – was discontinued in 2019, with its organisers citing the increasingly cashless economy as a reason for its demise.

Digital money-type schemes do, however, continue to spring up across the UK. For example, just a couple of months ago the Yorkshire city of Bradford launched ‘Citizen Coin’, a digital community coin that is like a reward scheme through which businesses offer discounts to people who have earned coins.

Aiming to ‘proliferate the model’

Finch sees Bristol Pay’s approach as more fundamental. “I’m interested in operating outside the financial system, and creating something other than extrinsic rewards,” she says. “I want to build a separate system outside the financial market economy that helps to develop intrinsic rewards – building new community norms of behaviours and celebrating our joint achievements.”

“I speak to people from all around the world who are interested in what we’re doing,” says Finch, pointing out that every city has economic, social and environmental challenges, almost certainly deepened by the impact of the pandemic.

“We have aspirations to proliferate the model, in the UK and overseas,” she says. “To have a real impact, we need to change not just Bristol’s economy, but all local economies.”