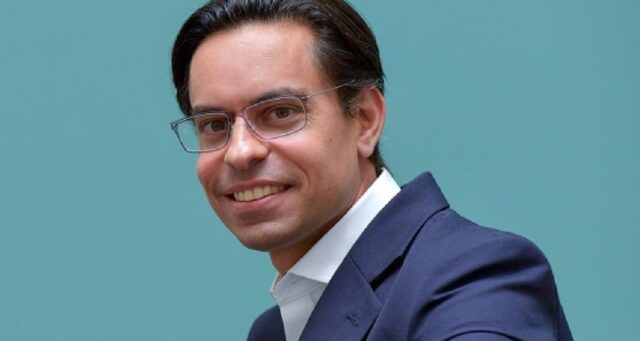 With use of open banking gathering pace in the UK, Imran Gulamhuseinwala discusses the journey so far, challenges ahead – and open banking’s potential for government – with Global Government Fintech editor Ian Hall

“The government wanted to see proof that their efforts to kick-start open banking are working and I think that, with two million users, we’re there – but it’s the growth potential that I’m very excited by and I think that will push us on into 2021,” says Imran Gulamhuseinwala as he reflects on the progress made in recent months by the organisation he leads – the slightly clunky-sounding Open Banking Implementation Entity (OBIE).

OBIE recently announced that two million individuals and small businesses have used open banking-enabled products in the UK – a doubling of usage in just over six months. The news has further cemented the UK’s reputation as a leading adopter, certainly within Europe, of open banking, which enables bank account holders to share information with third-parties such as fintech companies through what are known as open APIs (Application Programming Interfaces). Much of the work is heavily technical but the overall ambition is to boost financial services competition and innovation.

Gulamhuseinwala’s job title at OBIE is implementation trustee. The body is funded by the UK’s nine largest banks and building societies (known as the CMA9) and its governance (and budget) is determined by the UK’s Competition & Markets Authority (CMA), a non-ministerial government department. Gulamhuseinwala was appointed to the role in April 2017, plucked (initially on secondment) from professional services firm EY, where he was leading its global fintech practice.

‘There’s no reason for it to slow down’

Gulamhuseinwala predicted before coronavirus that the year 2020 would see ‘open banking really take off’ in the UK. With two million users chalked up, do we have lift-off? “Open banking is taking off – it’s growing really nicely,” he says. “I think it would have grown bigger in 2020 if it weren’t for the pandemic. So the pandemic is, to some extent, a headwind. But, despite the headwind, open banking has still continued to grow. There’s no reason for it to slow down. We’re right at the beginning of the journey and we’re going to get that growth into 2021 and beyond.”

He declines to cite user-number ambitions but speaks easily in millions, saying: “Every extra million is going to be an exciting milestone.”

The open banking ‘ecosystem’ – ecosystem is a big word at OBIE – has grown to 273 regulated entities, made up of 196 third-party providers (TPPs) and 77 account providers. Eighty-eight have at least one ‘proposition’ live with customers (“with at least another 200 in the pipeline”). Beyond the CMA9, about 90 banks have now adopted the open banking API standard.

Gulamhuseinwala has been saying for some time (he’s a regular speaker at conferences and webinars) that the UK is ‘90 per cent’ of the way to completing open banking’s implementation. What’s the percentage now? “We’re in the final lap,” he smiles. “When I made the 90 per cent comments, which I stand by, there were two aspects that needed sorting out. One is some additional functionality in payments; the other is better performance of the APIs.”

The technology’s (relative lack of) payments functionality has been gnawing away at OBIE, with just a tiny proportion of what are known as ‘API calls’ payments-related. But there is progress. “When Brussels created PSD2 [the European Union’s revised Payments Services Directive (PSD2), which paved the way for open banking], they paid no thought to refunds,” explains Gulamhuseinwala, a Cambridge University engineering graduate who was awarded an OBE in 2017 for his contribution to financial services. “As any merchant in the online world will tell you, as much as a quarter of all payments typically have a refund attached with them. So we have now built that [API] standard and the banks are currently implementing that standard. I think once that’s done we’re in the ‘95%’ area. And that should be done in the course of this year.”

Gulamhuseinwala’s role is UK focused, but naturally he keeps an eye on how governments outside the UK are progressing open banking. Australia’s regime went live this summer after a six-month delay, for example.

“I think you can break the world down into those [countries] that are getting on with it, and those that are trying to get on with it,” says Gulamhuseinwala. “Within [the former] you can argue whether they’re doing it in the most efficient way or they have quite the right model and so on… the Australians are making great strides on this stuff, at least in terms of getting the legislation right and building the infrastructure. There are still some challenges to come. But they have got the best kind of vision – stretching beyond banking and even finance into many other sectors.”

Our discussion zigzags the globe, then lands in Europe. “I’m getting a lot of mixed messages from Europe,” reflects Gulamhuseinwala. “I think there are some areas where it appears to be working nicely but it’s almost down to individual institutions. And there are some countries where nothing has really happened at all. The big idea of having a single EU unveiling of ‘Access to Accounts’, which is what it’s known as under PSD2 – I think we’re pretty far from that.”

He uses the nickname sometimes given to complex traffic interchanges to describe where he believes many European nations are on their open banking journeys, saying: “I think it’s fair to say that however this pans out you’re not going to get that single standardised API that you’ve got in the UK. So what that fundamentally means is that you end up with a spaghetti junction in Europe that’s very hard for new entities [fintech companies] to navigate.”

As well as encouraging open banking’s implementation through their policies, governments are also exploring how they could use open banking themselves for public service delivery – albeit, as explored recently by Global Government Fintech, it’s largely slow progress.

But, again, there is definitely movement in the UK. Global Government Fintech reported last month that HM Revenue & Customs (HMRC) is running a £3m ($3.92m) tender for ‘Payment Initiation and Account Information Services’ – believed to be the country’s first government tender specifically for open banking.

“I don’t see this [the tender] as HMRC or government trying to ‘support open banking’ – I see it as government acting in its own self-interest,” says Gulamhuseinwala. “It wants to bring down the cost of [payment] cards, of processing payments – and this is a very obvious way of doing it. I think there will be many more use cases coming out of government where they can get better value for money at lower fraud rates using open banking.”

“The government had relied on the banks as the [funding] transmission mechanism for supporting the country during the crisis. Many fintechs and third-parties were keen to demonstrate how, using open banking they can actually help individuals engage with government and get access to this much-needed funding,” he says. “Furloughed workers can use open banking to prove they are a worker, so that they qualify [for government support]. For Universal Credit [benefits], people can use open banking to show in real-time what their earnings were and therefore what [income] top-ups from government should be. And government can process that in real-time and get the money out very quickly.”

Could open banking mean the end of ‘fraud by Tipp-Ex’? An ostensibly leftfield question but posed because Gulamhuseinwala cited precisely this during a podcast a few months ago. He recalls the example and expands on it: “If a small business applies for a loan, for example, they could be asked for 12 months of bank statements. I spoke to one lender, who will remain nameless, who said they had to employ people to review [bank] statements just in case the odd number had been Tipp-Ex’d, turning what could be a very negative balance into a positive balance. It’s the difference between granting a loan and not granting a loan. That’s a private-sector example, but it’s the same principle in the public sector – for example, we have the [state-owned] British Business Bank.”

For a further example of the benefits to government of open banking he mentions the Global Open Finance Centre of Excellence Fintech Hub (GOFCoE) in Edinburgh, which is working with partners in financial services and cloud computing to create anonymised datasets to help policymaking decisions. “This allows government and the Bank of England to have a much better finger on the pulse as to what’s going on in the real economy in real-time, and again facilitated by open banking,” he says.

He appreciates, though, that it’s still early days for open banking in respect of significant public-sector deployment, particularly for improving citizen services. “Open banking hasn’t solved these problems – it has the potential to solve these problems,” he says.

With open banking’s implementation in the ‘final lap’, attention is increasing on the broader potential of ‘open finance’.

The UK’s Financial Conduct Authority has been consulting on the topic (its call for inputs closed on 1 October) and has slated the first quarter of next year to publish a ‘feedback statement’ in its latest ‘Regulatory Initiatives Grid’.

Could OBIE (by its nature a project-based entity – its initial team were entirely contractors) morph into OFIE? That would seem logical – certainly a possibility. Gulamhuseinwala, naturally, says that he cannot comment about the longevity of the OBIE as an organisation – it’s “more a decision for the CMA”.

“However, what we do know is that OBIE’s core strength is its ability to deliver to an order and establish really well-built foundations creating standards, a directory and a trust framework. We do believe our results, key learnings and legacy can be easily applied to future innovations both in the financial services sector and beyond, in the UK and globally,” he says.

“Open banking is quite narrow in scope,” he continues. “It is clear that the technology has the potential for use far more widely, and the government has emphasised that it views open finance as the right and natural next step. That comes as no surprise to us. But our remit only extends to a particular area within the banking sector. It makes sense that this would be expanded and that the success we’re seen with open banking would be replicated in other financial areas. For the moment, however, we’re focused on delivering on our job in hand, which still has a little way to go.”